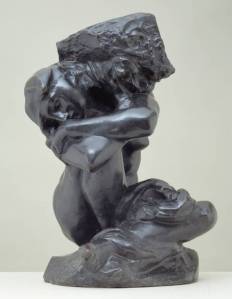 You’ve seen this before, perhaps even lived it. A new person starts at the company, and from day one, she’s on fire. Everything she touches turns to gold: her projects magically complete ahead of schedule, she’s able to pull the thread on long-standing intractable problems until they’re worked out, everyone enjoys working with her, and she rises rapidly within the organization.

And then, one day, comes the fall. She’s been entrusted with an important responsibility and she doesn’t come through. Maybe the schedule is too aggressive, maybe the tech is too hard, maybe the people involved are too difficult, maybe she just has too many other things going on to give this one thing enough attention. There are a thousand ways for a project to fail, and she unwittingly discovers one of them.

Suddenly, she’s an outcast. Her managers are doubly disappointed by the failure of the project and the dashing of their expectations, and start to reevaluate all of her past performance in light of this new information. She was never a star at all! They feel betrayed, as though she’d been intentionally pulling something over on them all this time.

Now, they no longer trust her. When looked at through the gimlet eye of HR, there isn’t enough reason to fire her (after all, it was only one project), and it’s almost impossible to demote someone, so they simply take away her extra responsibilities. Her year-end review will suffer, and it’s unlikely that she’ll ever be viewed as a star in the company again, regardless of her accomplishments. At this point, she might leave the company, or start the long, hard path toward redemption. But the loss of face, status, trust, and opportunity will be a constant gnawing ache.

I once worked at a company where this happened over and over. Every couple of months there was a new savior, a new golden child, and every couple of months there was another catastrophic fall. Of course, none of these people were perfect. The problem was that management’s perception dramatically outpaced actual performance, and once the two were brought into alignment, the reality was so jarring that perception swung too far the other way.

Most teams are chronically under-staffed, and the manager is desperate for someone to step up and save the day. When people are new, there isn’t enough information to get an accurate idea of their abilities and limitations, and it’s easy to create a mythology around a couple of early successes (or failures, but that’s a post for another day). The normal reaction to success is to increase responsibility, but people who perform well under a normal load can break when volume increases. They can suffer from race conditions, missing vital information or triaging a critical responsibility at the wrong moment.

As a manager, I have to constantly remind myself not to fall into this trap. When a person is new, we have to make judgments based on very little information, so when signals point one way, it’s easy to find ourselves buying into a narrative that’s entirely in our own heads, and may have no relationship to reality. We have strong incentives to put a heavier load on anyone who looks like they can take it, so it’s natural that we jump at the chance once these saviors arrive. It’s a delicate balance. Too far to one side, and you aren’t making good use of their abilities. Too far to the other, and you’re taking the risk that you’ll break them. As long as you understand what you’re doing, you can get away with this – but it’s hard to keep your expectations grounded.

If you liked this post, please give it an upvote on HackerNews. Thanks!